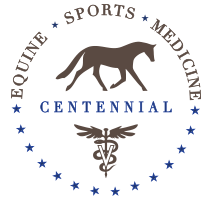 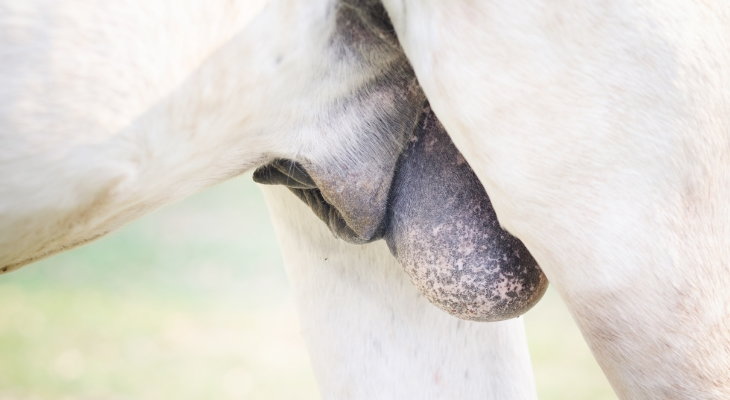 Cryptorchidism is a condition in which one or both testicles fail to descend into the scrotum. This is the most common problem affecting the sexual development of male horses. If both of the testicles remain in the abdomen, the horse will be sterile. Horses with an undescended testicle are sometimes referred to as a rig, ridgling or original.

The testicles of a male horse start to develop before the horse is born. The testicles form inside the abdomen of the unborn colt. Normally, the testicles pass through the inguinal canal and into the scrotum between one month before birth and 10 days after birth.

In cryptorchidism, the testicle may remain (retained) in the abdomen or inguinal canal. It is equally common for just the left or right testicle to be retained. However, retention of one testicle (unilateral) occurs much more often than both (bilateral).

The exact cause of cryptorchidism is unknown. It may be related to problems with the development of the testicle or the tissues in the abdomen. Some research suggests that this condition might also have a genetic cause and can be passed on to offspring (inherited).

When a testicle is properly situated in the scrotum, its temperature is 3 to 4 degrees Celsius lower than the horse’s body temperature. This is ideal for the production of healthy sperm.

In addition to producing sperm, testicles also make hormones (androgens) that trigger the development of male traits in horses. Even retained testicles can produce these hormones, so horses with cryptorchidism will still exhibit mating behavior.

This condition may be passed onto offspring, so some equine veterinarians recommend against mating a cryptorchid horse. More research, however, is needed to fully understand the genetic basis of cryptorchidism.

Sometimes a testicle in the inguinal canal can be manipulated into the scrotum. This, however, is not considered cryptorchidism, but is called retractile testis.

An undescended testicle will produce few symptoms other than sterility. However, surgery is the only option for castrating a horse with a testicle retained in the abdomen. Several types of surgery are commonly used. In some cases, the less invasive laparoscopy technique can be used.

We look forward to hearing from you